Women’s rugby is one of the world's fastest growing sports. Working with World Rugby, we created a global campaign to build on this energy and momentum, inspiring new audiences to get involved in the game - and helping it finally smash into the mainstream.

We spent time with players, coaches, referees and fans around the world, to understand the universal thing that makes women’s rugby so unique.

“More than in any other game, in women’s rugby it’s the differences within a team that make it strong. And once you get off the pitch, no other sport has such an inclusive, welcoming culture. In both ways, it’s The Ultimate Team Sport.”— TJ Rees, Campaign Director, DesignStudio

Working with World Rugby, we developed a campaign strategy around this key thought, and set out some major ambitions together. Firstly, to attract new players, fans and support - around the world. Second, to authentically capture women’s rugby’s unique energy and spirit. Third, to create something that didn’t look, sound or feel like any other sport. 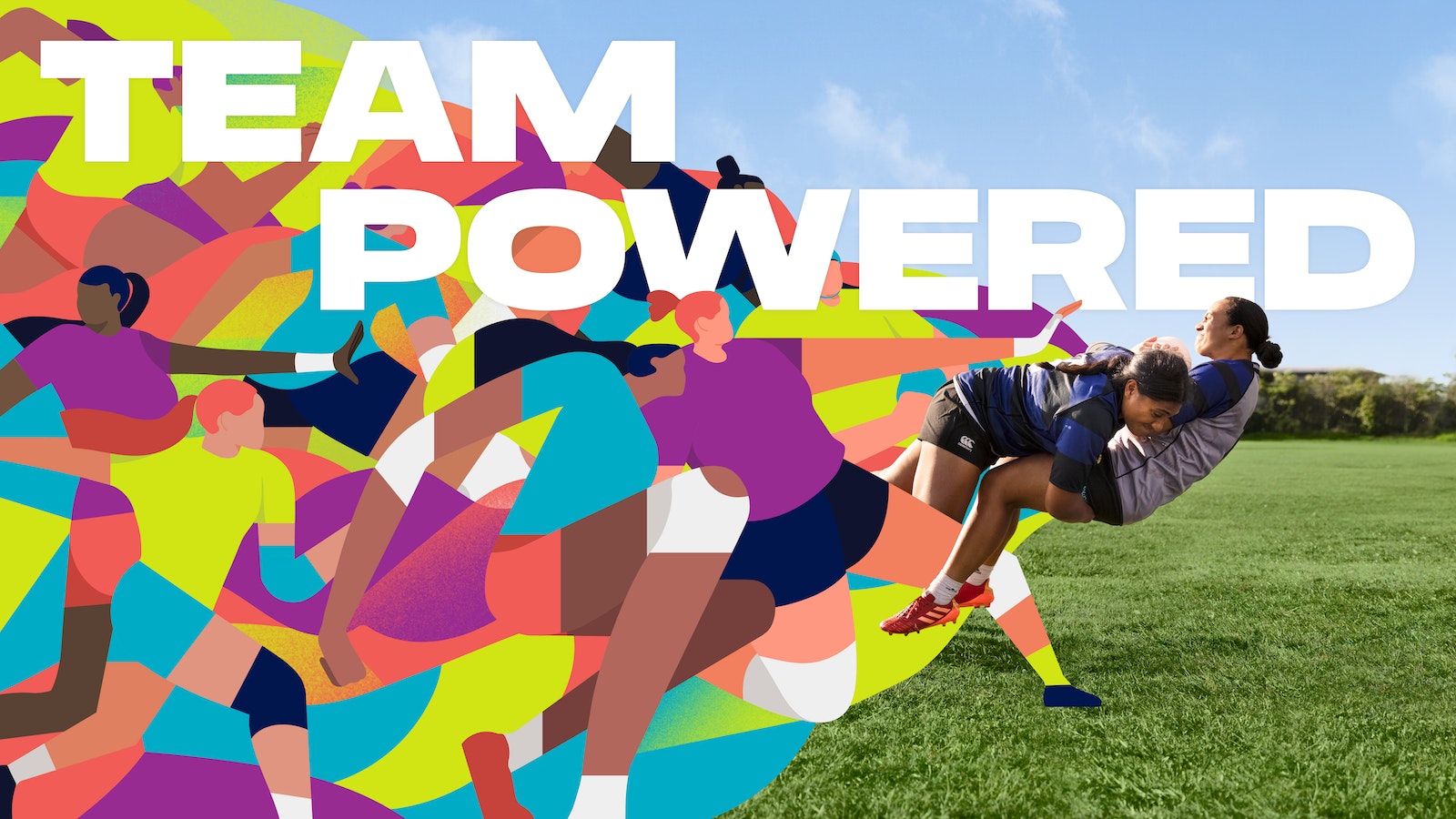 “Building on the strategy, we set out to create an optimistic, energetic celebration of diversity, community, and the unstoppable momentum of women’s rugby. The result is 'Team Powered' — a global campaign concept capturing the collective spirit that drives the game, on and off the pitch.”— Elise Santangelo-Rous, Creative Director, DesignStudio

We collaborated with LA based, Argentinian-born illustrator Xoana Herrera, to create a ‘team’ of original characters, highlighting the athleticism, power, and diversity found across the sport.

“When they come together, they become a brilliant representation of the team and the women's rugby community.”— David Moloney, Design Director, DesignStudio 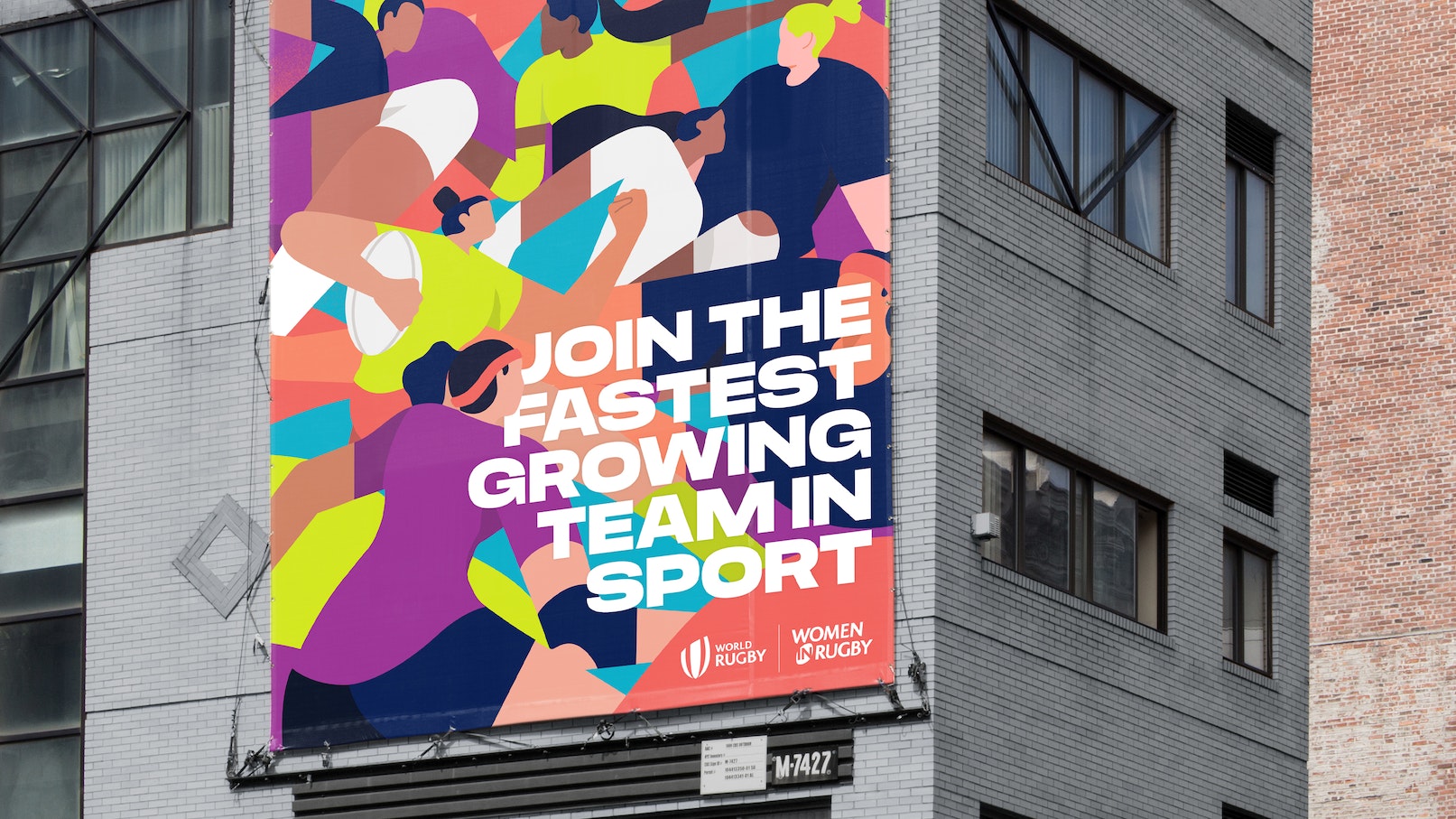 Launching around the world

We collaborated with production partners Whisper Films and Chapter 3 Graphics to produce a personality-packed launch film.

Using our team of illustrated players, we created a hyper-flexible graphic system - able to work equally on home-made flyers - or wrapped around international stadiums.

Wherever the campaign appears, in any language; it’s designed to be visually unmissable, a million miles from the often-clichéd way women’s sport is marketed, and with a message that’s universal.

“Community was always a key part of the campaign for us. It was crucial we developed a way of connecting to the existing fans, whilst grabbing the attention of newcomers. Our goal was to inspire the world to take notice and celebrate this incredible, inclusive sport.”— Daisy Grice, Senior Designer, DesignStudio

Following the social launch of #teampowered earlier this year, the campaign's now gearing up to appear around the game for real; from clubhouse murals to pitch-side banners and merchandise, and across the 2022 World Cup, 6 Nations and beyond.

It's an amazing time for women's rugby, and we're incredibly proud to have been invited to join the team at such an exciting moment.

A huge thank you to Suzie, Joe, Katie, Anne, Adrian, James and the entire team at World Rugby for calling us in from the touchlines. We’re hugely excited to watch the rest of the campaign unfold and shape the future of this incredible sport.

For anyone looking to get involved in the game, at any level — visit women.rugby. 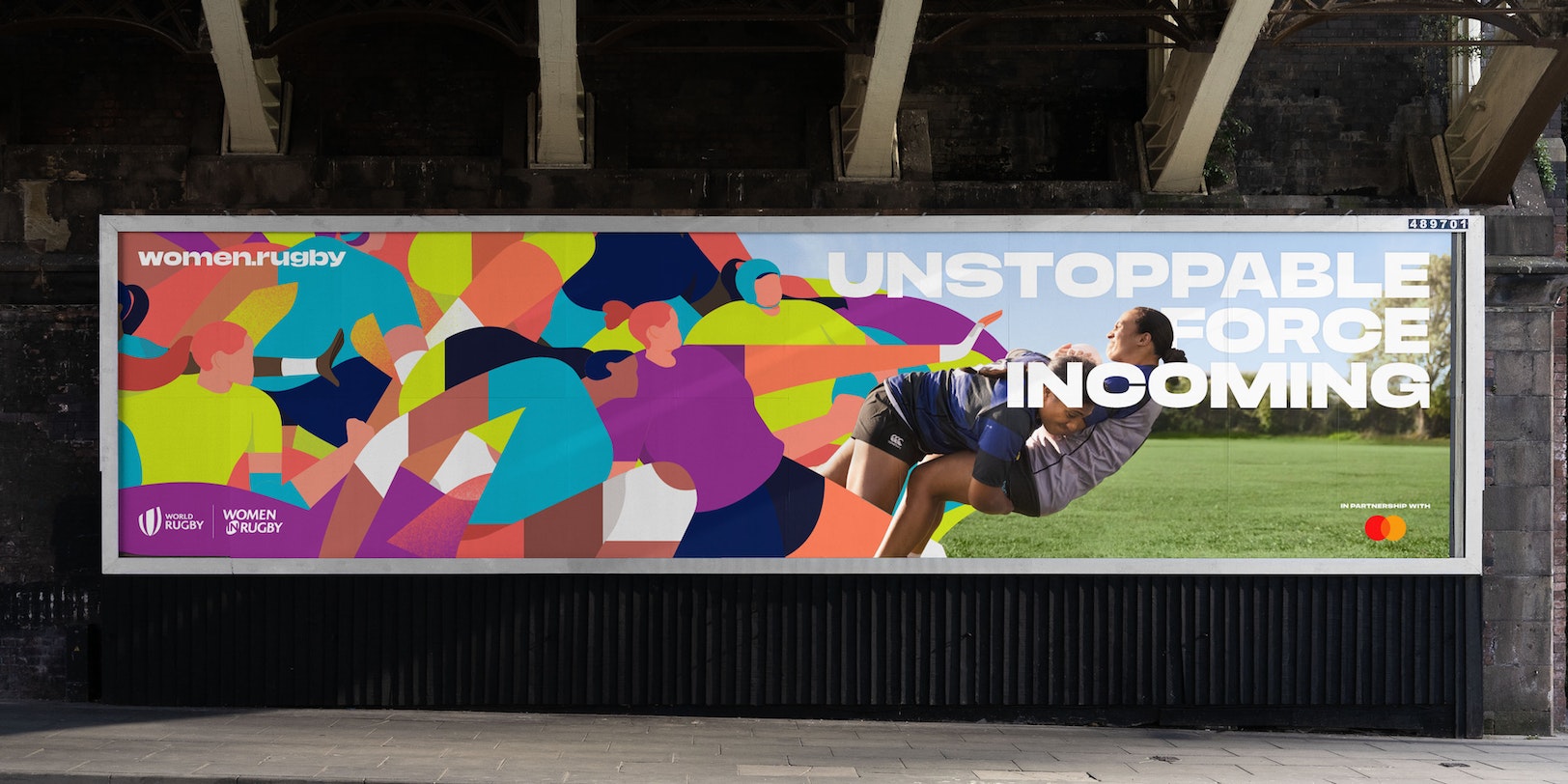 We’re always open for a chat, so get in touch to find out how we can help